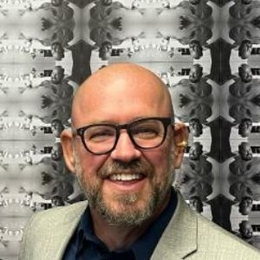 Paul Konrad has come a long way in his personal and professional life. He walked down the aisle with his girlfriend-turned-wife, Kirsten Konard. Though Paul is a known name in the media, not much information about her wife, Kirsten, and their wedding date is available. 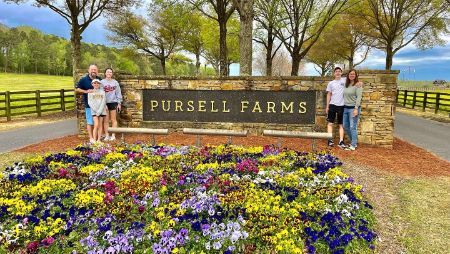 Paul Konrad with his family at Pursell Farms. SOURCE: Instagram(@wgnkonrad)

"Thankful for my wonderful wife who has blessed me with being such a wonderful mother to my children. She is also the one who consistently knows how to hold still long enough to take a picture," Paul wrote on his Facebook page that his kids drive him crazy.

Mostly, the meteorologist is busy with his work while he hangs out and loves traveling to places with her close ones, including family and friends, in her free time. His family means the world to him, and Konrad is a family man. Paul also loves his mom dearly and never stops to honor her.

The married pair welcomed four adorable children, Klaus Konrad, Lilian Konrad, Von Zygmunt Konrad, and Elsa Konrad, from their time together. Klaus looks like his dad. The creative reporter brought her daughter Elsa to report Friday's weather forecast and his son with him for a TV segment on April 2020. 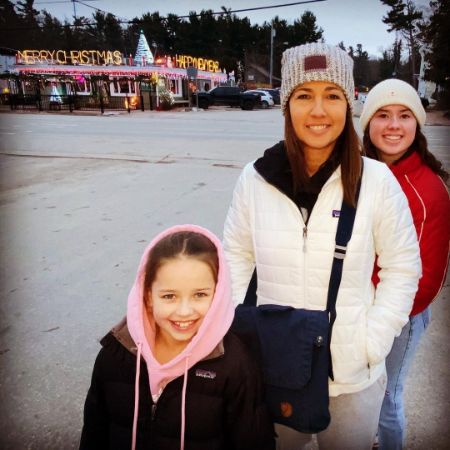 "What a great day with my two youngest," Paul shared a cute picture of himself with his kids on IG. The media regularly catches him during family vacations. The father of four also posted an Instagram snapshot proudly sharing that his daughter, Lilli, advanced to the 2nd state qualifier. It was an emotional moment for him.

In the next snap, the news anchor was smiling at the camera with his son Von at a basketball tournament in Wisconsin. Paul never forgets to wish each of his kids on their birthdays. The family enjoys each other company.

Starting as a newcomer to where Paul is today, he never looked back. He joined WGN-TV's Morning News in 1996 and anchors for Chicago's top-rated station Morning News from 6 am to 10 am. For over two decades, Mr. Konrad has guided the show to become the most-viewed newscast in Chicago.

Watch the video of Paul Konrad on his show WGN Morning News.

A Naperville native became a weather forecaster when his friend asked him his perspective on starting a career in the weather forecast department; he worked in the same department in 1988. Currently, he appears on the morning news segment with his fellow meteorologist for WGN TV, Robin Baumgarten and Larry Potash.

Not to mention, Paul began as a news reporter and photographer. His operation demanded he go to the site of the catastrophe. So, the guy felt it wasn't his preference, and he quit the job. Only 22 years at the time, Konrad had to be a grieving mother who had just lost her 16-year-old son to gun violence.

She felt ashamed by the assignment to question the boy's mom and his sister when his dead body was present on the lawn of the woman's residence. "I was disturbed... Seeing this in front of me was disturbing and sad, right? Then I'm thinking, ah, somehow or another, I have to talk to this lady who is in hysterics," talked about his early experience.

Net Worth Collection of Paul Konrad

Paul Konrad has been working as a weather forecaster for years now. On average, he earns somewhere between $24,400 to $123,000, which is his annual income. The guy summoned an estimated net worth of $1.5 million from her career.

Well, Paul predominately makes his fortune as an anchor for Morning News from 6 am to 10 am. Before beginning his career, Paul worked as a director of Youth Ministry, staying for two years at Eastwood Presbyterian Church.

Similarly, Paul hosts the weekly "Friday Forecaster" segment and has engineered a social media strategy for up to millions of people. A trained actor turned Chicago's favorite weatherman previously got a job in a newsroom T WFTS-TV based in Tampa Bay, Florida. WAKA-TV later hired him.

Paul Konrad - Listed Near West Side Condo for $2.95 million

Paul Konrad and his lovely wife listed their four-bedroom condominium on the top floor of a five-story loft building near the West side. The couple is seeking a grand return of less than $2.95 million. He first relocated into a segment of his current house in 1997 as a rentee.

The home is quite Chicago, urban and chic. The price dropped by nearly $4 million in 2017, previously $89 million. The condo consists of four beautiful bathrooms, a 13-foot-high ceiling, a kitchen having custom cabinetry, and solid hardwood floors throughout

When not busy with his job, the news reporter often shares his happiness via Facebook and Instagram, including humorous and visionary posts. The funny anchor also manages the channel's official social media profiles.

Paul Konrad's mother, Molly, and his siblings were raised at Mooseheart Child City and School in Batavia. As a boy, he would visit Mooseheart for picnics and fun. Paul's mom lived in an orphanage from six years old.

Despite the problems Paul's mother faced as a kid, she didn't quit. Mr. Konrad is glad she didn't have to live in the social media-dominated world, and he is thankful to have been born into such a delightful spirit. The family celebrated a birthday party for their mom's 80th birthday at Hofbrauhaus Chicago. 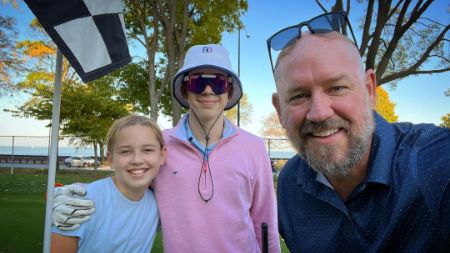 Paul Konrad, along with his two kids. SOURCE: Instagram(@wgnkonrad)

Paul Konrad walked down the aisle with his girlfriend-turned-wife, Kirsten Konard. Though Paul is a known name in the media, not much information about her wife, Kirsten, and their wedding date is available,

Klaus Konrad is the eldest son of Paul Konrad.

Lilian Konrad is the second child of Paul Konrad.