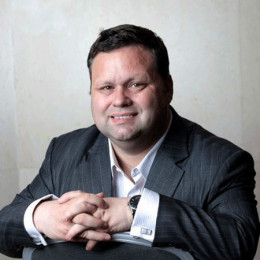 A British singer who is better known as the winner of the first season of Britain's Got Talent which was held in 2007. He is son to Roland Potts. He attended St Mary Redcliffe and Temple School. From his young age he was fascinated in music but he lacked self confidence to make it full time because he was bullied for his voice. He holds B.A degree in Humanities from University College Plymouth St Mark and St John. After he won first series of ITV's Britain's Got Talent he earned vast popularity. He has also performed duet with world famous soprano, Hayley Westenra. His debut album album One Chance, topped the charts in nine countries.

He has been married to his longtime girlfriend whom he had met through media chat. For the first time they met each other at Swansea railway station and started dating. Till now he has not disclosed any information regarding his children. Likewise, he is not found having any other girlfriend’s and extra marital affairs and is unlikely to get divorce with his wife. Since he has very healthy relationship with his wife he is not a gay.

They first met each other through an Internet chat room. Couple is happily residing in Port Talbot.