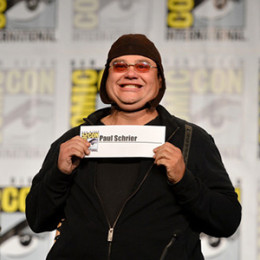 Along with Power Rangers, Paul Schrier has also directed the animated series "Hello Kitty." He is also a 3D artist and has released his own comic book, "The Red Star." Paul has played the same character of Farkas Bulk Bulkmeier in seven different series of Power Rangers. Paul was previously married but got divorced later. There is no any other information or rumor about his affairs and any of his children.

Paul was previously married to the actress Carissa Hernandez. Carissa is known for her works in Kate Brasher, Bare Witness and Star Trek: Voyager. They got separated later.