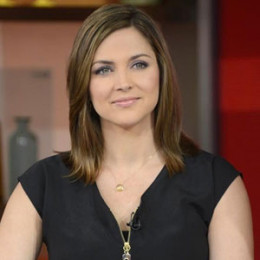 Paula Faris is an American television correspondent who works for ABC News. She co-anchored the news programs World News Now and America This Morning on ABC along with Rob Nelson. She got promoted as the co-anchor of Good Morning America Weekend in 2014. She is married to John Krueger in 2000.

Paula Faris was born on October 26, 1975, in Michigan, United States and was raised there by her loving parents. She joined Cedarville University and completed her graduation in broadcasting with an accent in television production.

After completing her graduation, she held several communications related jobs which include an operation position at Mills in Columbus. Due to limited television opportunities, she conducted a job in radio sales.

Faris worked as a production assistant at WKEF/WRGT and later worked as an anchor and reporter. She was a weekend sports anchor and weekday sports anchor at WCPO-TV from 2002 to 2005. Then she worked for ABC News. Later she was promoted to weekend co-anchor of Good Morning America.

On 2015 Faris joined “The View” as co-host for season 19, and her contract got renewed for its twentieth season by ABC.

The 41-years old television correspondent, Paula Faris is of half Lebanese descent as her father was born in Lebanon. While she attended Cedarville University to complete her graduation, she met her husband, John Krueger.

John and Faris were dating each other for a long time, before getting married. They tied the knot in 2000. They have three children together. Their first child was Caroline Grace who was born in 2007. Their second child JJ was born in 2009 and finally in 2014; she gave birth to Landon.

One of the most promising reporters, Faris is a Christain who speaks openly about her faith. She has stated that she is politically Independent.

Paula is very hardworking and is living a luxurious life as she gains $565,000 as her salary which adds up to her net worth. Her net worth is estimated to be a staggering $1 million.

Paula Faris met her husband John Krueger while she attended Cedarville University to complete her graduation. They were in love with each other and married in 2000.

After John and Faris married in 2000 they have three children together. Their first child Caroline was born in 2007 after seven years of their marital affairs.

Faris and John welcomed their second child in 2009 right after two years after Caroline was born.

After some years of interval, they again welcomed their third child named Lanbdon. Landon was born in the year 2014 and turns 3 years old recently.