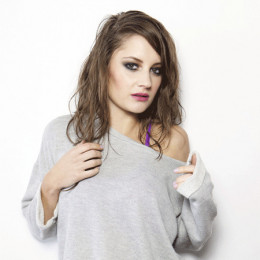 Paula Shaw Nee Lane is an actress, best known for playing in the ITV soap opera Coronation Street as Kylie Platt . She was trained at the prestigious Central School of Speech and Drama in London and from there she graduated in the year 2008 receiving 1st class honors degree in acting. In 2009, she made her professional acting debut in Heartbeat and since then she has starred in The Royal and Doctors, Going Postal by Terry Pratchett for Sky.

Moving on to her personal life, she is now married to her long time dated boyfriend with whom she has given birth to a son. The couple are often spotted together and seems to have a great understanding and bonding with each other so there is no point on their divorce. Beside her marriage there is no any record of her past affairs and other such relevant activities.

He is the long time dated boyfriend and current husband of Paula. The couple got married at Leeds Cathedral .

Till now he is the only child of Paula whom she gave birth at the age of 28.