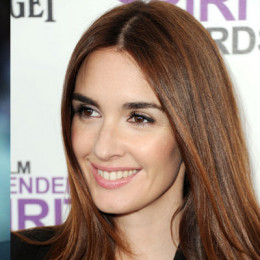 Paz Vega  is a very talented Spanish actress who has won several of the awards and been nominated for many more. She is known for her performance in the 10 Items or Less, Fade to Black, Madagascar 3: Europe's Most Wanted, etc. She was born to a homemaker mother and a retired bullfighter father. She became determined to pursue her career in acting after watching the performance of Federico García Lorca's La casa de Bernarda Alba at the age of 15. She began her career in 1997 and has been active afterwards.

She has been loyal to her husband. Prior to her marriage, there is no any record of her past affairs. She wants her fans to respect her privacy. She avoids talking about her personal life in public. She was once in rumor regarding her death which is false.

She amassed a net worth of about $10 million.

She appeared in the third season of MasterChef Celebrity in 2018.

He is a Spanish man who has been her boyfriend. The are happily married and has three children together.

He is quite young and attends school. He is cute and is seen often with his parents.

She is quite young and attends school with her elder brother. She is the only daughter in her family. She is very cute and beautiful.