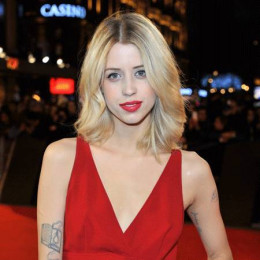 Peaches Honeyblossom Geldof-Cohen was a professional model, TV presenter and journalist. She was the second daughter of Paula Yates, a television presenter and Bob Geldof, a musician and Live Aid founder. She graduated from the Queen's College in London. For the UK edition of Elle Girl, she wrote a magazine column. In 2006, she was the youngest person, who was ranked 7 in the Tatler's list of Top 10 Fashion Icons for the year.

Moving on to Peaches Geldof's personal life, she was first married to her first love with whom she stayed in relation for two years and got separated. She did not have any child with him. After that, she again got married to a singer with whom she gave birth to two sons. The couple never filed for divorce. The couple was having a good time together, but unfortunately, Peaches died due to an overdose of drugs at the age of 25.

He is a musician from the band Chester French. On February 2009, they announced that they had amicably decided to end their marriage and later in 2011 they got separated.

He is a lead singer of the South East London band S.C.U.M. The couple got married at the same church in Davington, Kent where Peaches's parents married 26 years earlier.

He is the first child born to Peaches and her husband. Her mother was 23 years old at the time he was born.

He was born safe and sound. Her mother was 24 years old at the time he was born.