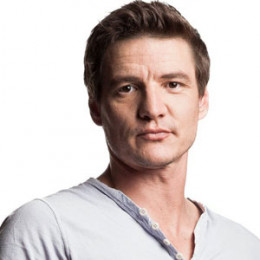 Jose Pedro Balmaceda Pascal also known as Pedro Pascal is a Chilean-American actor, well known for his playing the roles of Oberyn Martell of the HBO series Game of Thrones and as Javier Pena in the Netflix series Narcos.

Pedro Pascal was born on 2nd April 1975 in Santiago, Chile. His parents were involved in the opposition movement against the military dictatorship of Augusto Pinochet in Chile.

Pascal grew up in Orange County, California, and San Antonio, Texas. He loved swimming during these early years and participated in the state championship in Texas at the age of eleven.

Pedro Pascal made an appearance in various television series, including, The Good Wife, Buffy the Vampire Slayer, Homeland, Graceland, and Mentalist. He portrayed as kidnapper Reggie in the Law & Order: Criminal Intent episode 'Weeping Willow'.

In June 2013, Pedro appeared as Oberyn in the fourth season of the HBO series Game of Thrones. He stated that he was a huge fan of Game of Thrones before being cast as Oberyn, and was excited to join.

Later in the year 2015, Pascal portrayed as the U.S. DEA agent Javier Pena in the Netflix original show, Narcos. He was also in the movie Bloodsucking Bastards in 2015, appearing as the vampire Max.

Pedro Pascal is currently single. However, it was rumored that he is dating his ''Game of Thrones'' co-star, Lena Heady, as the two are seen together most of the times and are supportive.

They consider each other as BFFs. But Pascal reportedly denied the claims and rumors that he is dating Heady. Instead, he says he is single and willing to be in a relationship with someone when the right one comes in his life.

Pedro Pascal earns a huge amount of money from his successful career as an actor, as he has made his appearance in various hit series like Narcos (earned $ 166,667), and Game of Thrones. His current net worth is estimated to be $ 2 million.