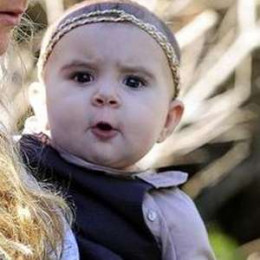 Penelope Scotland Disick is a child celebrity, known as the cast member of reality television show "Keeping Up with the Kardashians". She is the daughter of the famous celebrities Kourtney Kardashian and Scott Disick. Penelope has been subjected high into the heights of fame ever since she was a small child. She has been appearing in the reality television "series Keeping up with the Kardashians", as well as the spin-off series of the show "Kourtney and Kim Take Miami" on several occasions. She is known all across the globe for the beauty and intelligence portrayal, as a child celebrity on screen.

Penelope is a pretty beauty with perfect height and weight and certainly seems to be turning out to be great, just like her mother. Her parents have never been married. They have been the subject of constant scrutiny and controversies in the news tabloids due to the several issues that have been raised between them.

The couple got separated permanently on the 6th of July, 2015. Her fame arises mostly due to the fact that she is the child of Kourtney and Scott, but she is managing to make a name for herself by being the cute little child she is.

Disick's father has an estimated net worth of about $16 million and her mother's net worth is estimated to be $35 million as of 2019.

Disick was born on 8 July 2012 in Los Angeles, CA to Scott Disick and Kourtney Kardashian.

Just like her brother Mason Disick, her birth was filmed for her mother's reality series Keeping Up with the Kardashians.

She has a younger brother named Reign Aston Disick born on 14 December 2014.