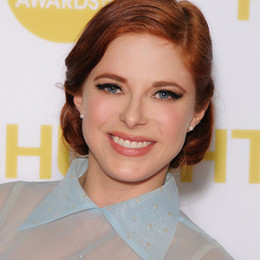 An American pornographic actress and model,Penny Pax, is currently single. She began her career as a lifeguard at many polls some of them are the International Swimming Hall of Fame and at the Seminole Hard Rock Hotel and Casino. She began her acting career from horror movie named Bloody Homecoming. Penny has won XCritic Award in the category of Best Actress Feature in the role of The Submission Of Emma Mark. She is beautiful.

In 2013 she starred in The Submission of Emma Marx, which is loosely based on Fifty Shades of Grey, earning several nominations in the course of 2014. There is no more information about her personal life in social sites.

Penny Pax was born in Miami, Florida and she is of Irish and German descent. Penny attended both middle and high schools with performing arts programs.