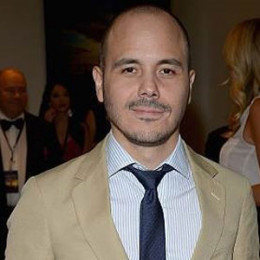 Pepe Portillo is a Mexican screen writer, director, and editor, well known for his works in hit movies including, 'Little Boy,' El Mago, and Crescendo. He got married to Montserrat Espadale on 30 March 2008. Since then the couple seems to be living a blissful life.

Pepe's career began in the year 2001 when he wrote Bocho, a short movie, and the following year he wrote, directed and produced a short movie named 'El Mago.'

After that, he got credits for 'Bella' in 2006 and 'El descubrimeinto' in 2009. Later, he edited and was a miscellaneous crew in 'Crescendo I,' a short movie.

In 2015, Pepe wrote and worked as a crew for 'Little Boy', a film about a boy who is willing to do anything he can to end the World War II.

Pepe Portillo is a married man. He got married to Montserrat Espadale on 30 March 2008.
They are seen together attending several occasions. The pair shares a strong bond as husband-wife. They don't have any children till date.

Pepe earns a decent amount of money from his successful career as a director, editor, and producer, One of his htt movie 'Little Boy' earned worldwide box office of $ 17,684,355.

His current net worth estimated to be $1.2 million.