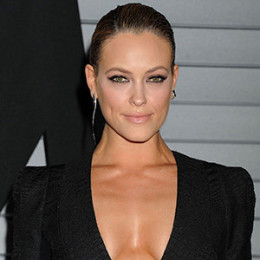 Peta Murgatroyd, an Australian professional dancer, is currently dating Maksim Chmerkovskiy, a Ukrainian American choreographer, since 2012. Peta is mostly known for her appearance on the American edition of Dancing with the stars, where she won twice. Peta started studying ballet at the age of four and was trained for twelve years. In 2005, she was third at the worldwide Blackpool Dance Festival Youth Under 21.

Peta Murgatroyd is currently engaged to her boyfriend Maksim Chmerkovskiy who is a choreographer. They have been together since 2012. The couple is expecting their first child in early 2017. Before Maksim, Peta had dated an Australian professional ballroom dancer for five years. She has not been a topic of any sort of rumor or controversy yet. There are no signs of separation with her fiance till now.