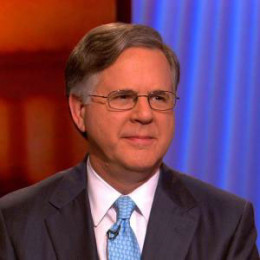 Pete Williams is the NBC News correspondent based in Washington, D.C. He graduated from Stanford University and began his career in local news the Casper, Wyoming television station KTWO. Williams has been covering the Justice Department and the U.S. Supreme Court since March 1993. Pete was also a key reporter on the Microsoft anti-trust trial and Judge Jackson's decision. He was also appointed as Assistant Secretary of Defence for Public Affairs. While in that position, Williams was named Government Communicator of the Year in 1991 by National Association of Government Communicators.

Pete Williams was born on February 28, 1952, in Casper, Wyoming. He graduated from Natron Country High School in 1970 then he attended Standford University and graduated in 1974.

Soon after completing his graduation, Pete Williams joined  KTWO television and served as the reporter and news director from 1974 to 1985. He also served as the director for the Wyoming Future Project for a year.

In 1993, he joined NBC as justice correspondent, to cover news from the U.S. Department of Justice and the U.S. Supreme Court. He also interviewed United States Attorneys General John Ashcroft, Alberto Gonzales, and Eric Holder, as well as FBI Director Christopher Wray.

Pete Williams is openly gay. He outed as gay by Michelangelo Signorile in August 1991 but broke up later.

Williams holds an estimated net worth of $400k, as per some online sources.