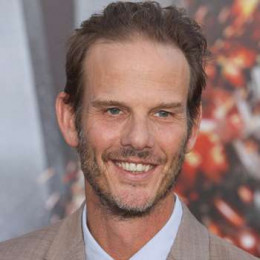 American actor, producer and film director Peter Berg is known best for his direction in Very Bad Things, The Rundown, The Kingdom, Hancock and Batlleship and for production of television series like Friday Night Lights and for his role of Dr.Billy Kronk in medical drama Chicago Hope. Berg was born in New York, United States and was enrolled in The Taft School and the Macalester College for his education.

The personal life of Berg is as much talked about as his career is. He has been known to have married once and is currently divorced. He has also had two well-known relationships after his divorce but seems to be single currently. He certainly seems to be focused more on his career as of now.

Peter Berg was born on 11 March 1964 in New York City, New York to the family of Laurence "Larry" and Sally (Winker)  Berg.

He completed graduation from The Taft School in 1980. He majored in theater arts and theater history from Macalester College and graduated in 1984.

Berg started his career as a production assistant in Los Angeles at first. He appeared in some movies like 21 Jump Street, Miracle Mile, Race For Glory, Heart of Dixie, and Shocker.

He gained wide recognition after playing the role of World War II soldier in the movie A Midnight Clear.

In 2016, he directed the movie entitled Deepwater Horizon. It was the same year he directed CBS Films' Patriots Day. He is currently working on his upcoming movie Wonderland scheduled to be released in 2019.

Berg was previously married to Elizabeth Rogers in 1993. She is an agent for Calvin Klein. The couple divorced in 1998 with two children together.

In 2014, he explained in an interview that he won't allow his son Emmett Berg to play football anymore.

After separating from his wife, he dated Estella Warren for four years since 2002. He dated Whitney Cummings in 2012 but the two split in 2013.

Berg is single at present.