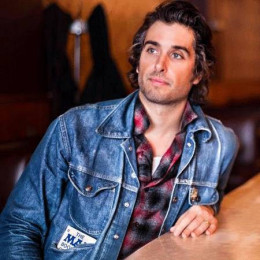 He is a popular Canadian singer, songwriter and musician, currently associated with MapleMusic Recordings. In 2004, his frist solo album "Party of One" was released. He produced 2011's album "Repeat Offender" along with Ian McGettigan, on New Scotland Records. He had interest in playing and singing from his early childhood. And as a teenager, he started playing with the Montreal band Local Rabbits where he spent twelve years.

Moving on to his personal life, he is said to be a married man but he hasn't mentioned anything about his wife and has recently became father of a adorable baby girl. Being so popular, he has managed to keep his family matters away from the media and public. There is no record of his affairs. Till now there is no any controversy related to his personal and professional life.