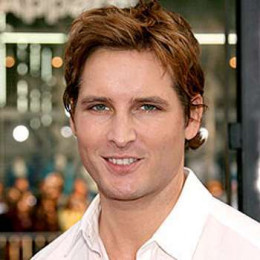 Peter Facinelli is an actor and producer of American nationality, known for his starring role of Donovan Ray on the series Fastlane as well as the role of Dr. Carlisle Cullen in the Twilight film series. This actor, who currently plays the role of Fitch Cooper in Nurse Jackie, is a graduate from the Tisch School of Arts and was born in Queens, New York City and has been acting since a long time.

Facinelli has been married once and divorced one. He married his wife and the couple divorced after they had three daughters together. He started another relationship with another actress on 2012 and the couple got engaged. However, due to problems the engagement was called off a year later. It seems that Peter is currently single and is focusing on his career as of now.

Luca is the first daughter of Jennie and Peter.

Lola Ray is the second daughter of Jennie and Facinelli.

Finoa is the third daughter of the couple.