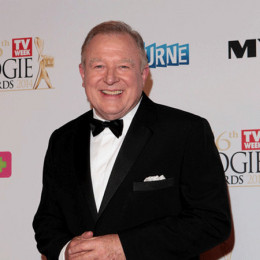 An Australian television presenter who us serving as a chief news anchor on Nine News Melbourne since 1998. In 1965 he started his career at the Brisbane radio station 4BH. After some years he moved on to ABC Brisbane where he worked as television reporter. After a year of working at ABC Sydney he moved to Nine Network where he presented National Nine News. Beside journalism he is also known for animal charities, including the Lort Smith Animal Hospital and the Dogs Victoria organization. He had four decade-long career in journalism.

He has already admitted that he is gay. He once had made in headlines after he revealed that he was a gay. Reviewers claimed that he was pushed to speak and discuss about his personal life but later his representative made clear that he did it on his own will. There is no rumor of him having any partner till now. Currently he is proud patron of Deaf Blind Society of Victoria.