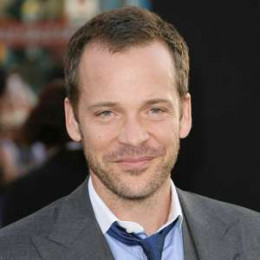 An American actor,Peter Sarsgaard, is currently married to Maggie Gyllenhaal an American actress daughter of filmmakers Stephen Gyllenhaal and Naomi Achs and the older sister of actor Jake Gyllenhaal.The couple married in 2 may 2009.Sarsgaard is a son of Judy Lea and John Dale Sarsgaard. After suffering several bad concussions while playing soccer, Sarsgaard gave up the sport and became interested in writing and theater.

Peter Sarsgaard is a married person.The couple has two daughters, Ramona Sarsgaard was born October 3, 2006.His second child named Gloria Ray Sarsgaard was born April 19, 2012. The family lives in Brooklyn, New York. Peter Sarsgaard has supporting roles instead of headlining a picture, whereby his character is a friend to the main character in the film named (Kinsey (2004), Shattered Glass (2003), Garden State (2004), Jarhead (2005).

He married with Maggie Gyllenhaal an American actress .The couple has two children. The couple married on 2 may 2009.