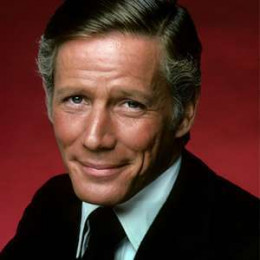 Television and movie actor, Peter Strauss is entertaining the audiences since his debut in acting in 1969. He is one of those actors who is ruling Hollywood from the past 50 years.

Peter Strauss is happily married to Rachel Ticotin in 1998. He has two children.

Previously, he married Beverly Baker Paulding on 21st January 1973 and divorced on 11th December 1979. He married Nicole Fons on 9th July 1983, with whom he had one son Justin Strauss. They ended their relationship with a divorce in 1994.

Peter Strauss holds an estimated net worth of $5 million.

Peter Strauss was born on February 20, 1947, in Croton-on-Hudson, New York, U.S. He is the son of Warren B. Strauss, a wine importer. He graduated from the Hackley School in 1965 and Northwestern University in 1969.

Peter won an Emmy Award for his role in the 1979 made-for-television movie 'The Jericho Mile.' He starred in the short-lived series called 'Body & Soul' as Dr. Isaac Braun in 2002.

He auditioned to play a role in the film Slap Shot (1977) but broke his leg while skating in the audition. He provided the voice for Stoker Van Rotten, both in the 1990s and 2006 versions of Biker Mice From Mars.

Peter Strauss married Nicole Fons on 9th July 1983 and divorced in 1994. The former couple has one children.

Strauss married his current wife, Rachel Ticotin, an actress on 31st December 1998. As of 2017, they are still together, sharing a good chemistry.

Peter Strauss has one son, Justin Strauss. from his previous relationship with Nicole Fons.