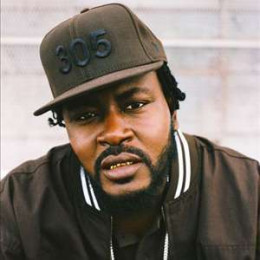 Petey Pablo, born as Moses Mortimer Barrett III, is an American rapper,actor, and a singer. His rapping career got started after meeting Black Rob and Busta Rhymes. It is said that Pablo was signed by the A&R director of Jive Records after hearing him rapping in a club bathroom. He was imprisoned for five years as he was accused of robbery.

Petey Pablo is the Southern rapper and has gained fame since 2000, mainly from two songs; “Freek-a-Leek“ and “Raise Up.” He was once into a controversy after getting arrested because he was found with a gun in his luggage at a security check. Petey has been married twice. He is currently married to Amy Caro. They have two children but there is no information about the children.

Monica Arnold is an American singer, songwriter, and producer. They were married for about two years.

Amy Caro is an American model. They are married since 2001. As of now, there are no signs of their separation.