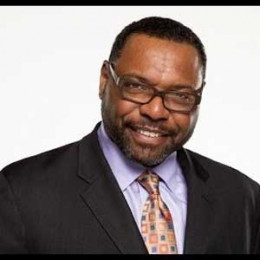 An American television personality, Petri Hawkins-Byrd is best known for the court show, Judge Judy. The show is the long-running court show as well as Emmy Award winner too. He was married to his college sweetheart, Felicia and had four children together. Petri's children live with their mom. He is more dedicated and concerned about his career than his personal life.

Early and Education Of Petri Hawkins-Byrd

Petri was born on 29th November 1957 in Brooklyn, New York. He belongs to African-American ethnicity.

Petri finished his schooling from Eastern District High School and later on joined Hostos Community College. In 1989 he received a degree in criminal justice from John Jay College. After he had finished college, he along with his family moved to California.

Byrd unofficially started his career by working on the Brooklyn circuit, New York as a court officer. Moreover, he was shifted to the family court, Manhattan in 1986. After moving to California, he pursued his career by working in United States Marshals Service and became a Special Deputy U.S Marshal. Moreover, from 1992-1996, he worked as a student counselor at Monta Vista High School, California.

In 1986, Byrd also worked as Judge Judy Sheindlin's Bailiff. Judge Judy is an American reality court show that shows the real life small asset disputes. He grabbed a maximum of the audience from his acting skill too.

The show became one of the long run court show of the history. Byrd appeared with the role of passing the material to judge, introducing cases and dismissing parties and so on. The show was also nominated for Emmy Awards many times. Besides acting, he was also involved in many events as a speaker so is known as a motivational speaker. Moreover, he was also a communist activist and a charity supporter too.

Petri married his wife, Felicia in the 1980s. They were dating since their college days and were together for more than two decades.

There was a rumor that the couple was about to split in 1989 but luckily his wife didn't divorce. Later on, his wife moved to another place with their four children. Petri also moved out to make his relationship work.

As of 2019, Hawkins-Byrd is married to his girlfriend turned wife Makita Bond Byrd. They tied the knot on 29th March 2019 which Petri announced via his social media post.

The motivational speaker, Petri has an estimated net worth of $3.5 million dollars. His show and events are his sources of income.

Felicia and Petri got married in the 1980s. They were dating since their college days. Their relation is almost 2 decades old.