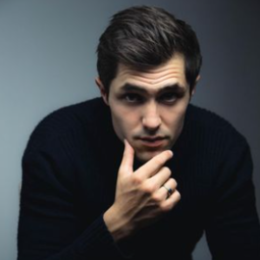 Phil Dunster is an English TV and film actor best known for Sky One drama series Strike Back in 2017. He has starred in series including The Trouble with Maggie Cole, Humans, and Ted Lasso.

Phil Dunster has been sparking dating rumors with his girlfriend, Eleanor Heydon, for the past few years. However, his alleged partner made his debut on Phil's Instagram on 30 July 2019. Phil Dunster does not lag in showing his affection to his girlfriend. 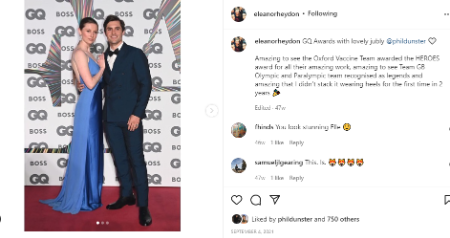 Eleanor Heydon is a professional filmmaker who works for Pelican Productions and Pagma Short Film. She was born and raised in Hertfordshire, London. Ellie belongs to White European descent. She is 5 feet 7 inches tall and weighs 59 kg. Heydon has 2809 followers on Instagram.

In April 2022, Dunster headed to New York for International Premiere at the Tribeca festival with his sweetheart. Phil has not yet revealed if he is getting married to Eleanor. But, the chemistry between the two hints their relationship will last long.

On-screen, Dunster appeared in several school productions, including the major role of John Proctor in The Crucible with Eliza Bennett as his spouse. Phil has a good bond with most of his co-stars, male or female.

Who is Eleanor Heydon?

Eleanor Heydon is a renowned English actress and director best known for her work in Harlots, The Colour of Spring and Divertimento. The hazel-eyed worked across various genres at Brighton Fringe, The Cambridge Theatre, and The King's Head Theatre.

In 2017, Eleanor directed the tv series Harlots. The story is based on a brothel owner Margaret Wells who struggles to bring her daughters to the United Kingdom in the eighteenth century. 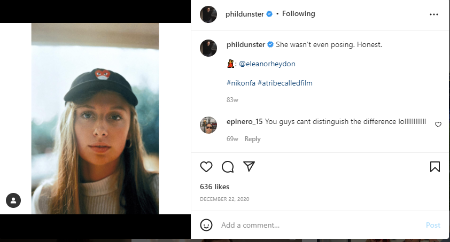 The brunette beauty made a multiple award-winning short movie Divertimento in 2020 with co-director Kevyan Sheikhalishahi. The movie earned several awards in different categories, including the Best International Short Film award.

In the fall of 2020, Phil created the romance and thriller drama The Colour of Spring. The show is about Sarah-Sam's love story, which seemed like the perfect pair to the audience.

Ellie stepped into the big screen fraternity in 2016 with the comedy web series Digs. Since then, she has made dozens of multi-award-winning shows, including pelicans, Fred Forever,

Heydon's other source of income is her job as a Social Enterprise Siberian Lights co-founder. She has worked with more than a thousand female-identifying creatives to serve, support, provide opportunities and empower women in the Arts.

Phil Dunster has summoned a net worth of $6 million approximately. He bagged big chunks from a successful career as an actor and film producer. The brown-eyed has been working with Pragma Productions for a few years. 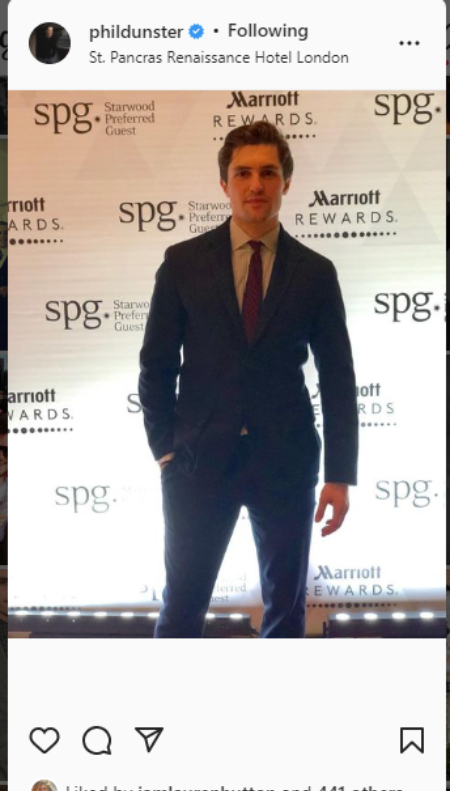 Phil Dunster started his acting career in 2012. He has been in shows like Ted Lasso, Pragma, Man in an Orange Shirt, The Fall of the Krays, The Rise of the Krays, and The Good Liar.

Check out the clip of Phil Dunster breaking down his character in Ted Lasso season 2.

Dunster has performed on stage acts including Much Ado About Nothing, The Entertainer and Pink Mist in three different characters. From 2016 to the present, Phil has appeared in dozens of drama series such as Catastrophe, Save Me, Dracula, Strike Back, Man in an Orange Shirt, Stan Lee's Lucky Man, The Devil's Hour etc.

The Reading, England native made his debut in the 2013 movie A Film Makers Son as Big Robbie. In 2015, he played Dickie Baker in The Rise of the Krays. In 2016, Phil Dunster portrayed the character of Coletta in Megan Leavey. In 2017, he landed the role of Colonel John Armstrong in Murder on the Orient Express. His other notable work includes Judy and The Good Liar.

Dunster has landed major roles in both movies and tv series. So, for his outstanding role, the English hunk garnered Laurence Oliver Awards for Outstanding Achievements in an affiliate theatre. In 2021 2022, Phil won Screen Actors Guild Awards 2021 for Outstanding Performance by an Ensemble in a Comedy series.

Phil Dunster had to make his eyebrow for landing the role of Jamie Tartt in Apple Tv+'s comedy-drama series Ted Lasso. Jamie was living out his teenage dream in that eyebrow and the hairstyle.

The eyebrow was cooked up between Phil and Nicky Austin. The show Ted Lasso is also a hallmark of what he had when he was young.

If he weren't an actor, Phil Dunster would be a football or rugby player. He has been a lifelong avid football fan supporting AFC Wimbledon. As a child, Phil played rugby until age fifteen, when he realized he was too small to try out for London Irish.

Later, Dunster decided to follow in his father and brother's footsteps and join the military.

Phil Dunster prefers sharing his daily life updates with fans via social media. He joined Instagram "Phil Dunster" on 16 August 2015. Dunster has 125 followers on Instagram. He makes $376.5 - $627.5 per ad post.

Dunster joined Twitter in April 2009. To today date, he has 36.4k followers on Twitter. Phil's Twitter bio suggests he is a Maxibon enthusiast and AFC Wimbledon supporter. The actor currently resides in Calim.

Be sure to check out Marriedwiki for celebrity biographies.