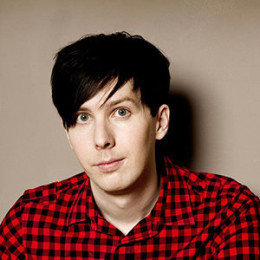 Phil Lester is a YouTube blogger and radio presenter.Phil Lester has makes videos .He lives with his friend Dan Howell. He has many subscribers on YouTube.He has hosted a radio every Sunday.Phil has set a Guinness World Record for being the fastest coin Stacker in 2011.He is the blogger .He is famous from YouTube channel Amazing Phil.He has an older brother Martyn.He has started his career from YouTube blog “Phil’s Video Blog”.He has won many awards .

There are rumors that Phil and Dan Howell have the relationship. Dan is a British video blogger and radio personality.He was voted Sugarscape ‘s Hottest Lad .He has started his career from YouTube .He has won many awards .Phil Lester is the winner of Sony Golden Headphones Award,which was presented by the Sony Academy Awards .There’ is rumour that Dan and Phil were being ‘targeted by hackers’ online but Phil has denied this rumors later.