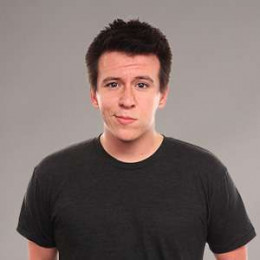 Born in The Bronx, New York, Philip DeFranco is well-known as a YouTube personality. Besides, he is also known for The Philip DeFranco Show and his video blog. He spent his childhood with his stepmother who worked at a car dealership. He went to St. Philip Neri's School for his high school studies. Later, he went to the University of South Florida and later attended Asheville-Buncombe Technical Community to study biology. DeFranco used to live in a car until he moved with his father to Florida.

Philip DeFranco later joined East Carolina University and started his YouTube career by the name 'Sxephil Channel' and launched  a program called The Philip DeFranco show on his channel. He sold everything to make videos except his Mac at a certain point in his life when he ran out of money. In the beginning, his major audiences were 16 and 17-year-old girls. He is known for making videos about sex, gossip, and news. DeFranco is not yet married and there is no reliable source confirming his relationships.