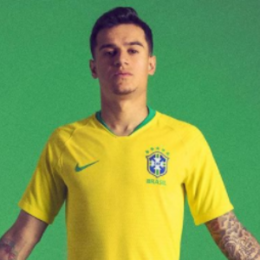 Philippe Coutinho Correia is a professional Brazilian football player who is best known for playing with the Brazilian national team and FC Barcelona as a midfielder. Coutinho is the recipient of PFA Fans Player of the Month, UEFA Europa League Squad of the Season, Samba Gold Award, Football Supporters Federation Player of the Year.

Philippe Coutinho is happily married to his girlfriend, Aine Coutinho, whom he had first met at a friend’s party. Well, Philippe tied the knot with his lady love Aine on 13 December 2012 in a lavish wedding ceremony. The wedding was held at one lavish venue in Brazil, attended by at least 100 guests. 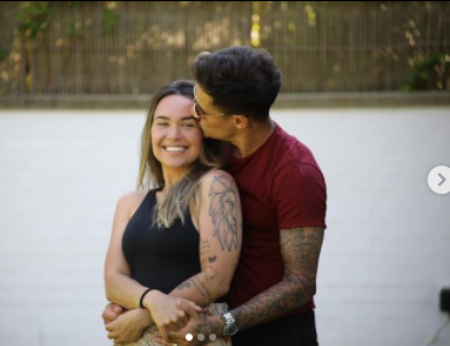 Philippe Coutinho has been married to Aine Coutinho since 2012. SOURCE: Instagram 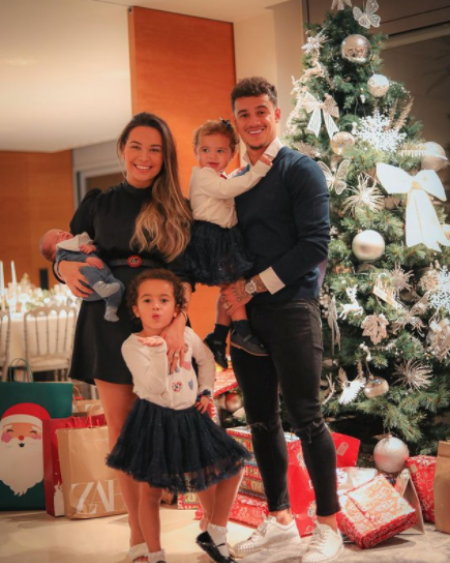 Philippe Coutinho is a father to three kids. SOURCE: Instagram

Well, Mr. and Mrs. Coutinho is a father to three beautiful children including Maria Coutinho, Esmeralda Coutinho, and Jose Coutinho. Philippe and his wife welcomed their first child Maria on December 22, 2015. On December 29, 2018, the pair gave birth to Esmeralda while her son Jose was born in January 2021.

Philippe Coutinho has an estimated net worth of $60 million, as per Celebrity Net Worth. His yearly income is about $588,235. In addition, Philippe also gets paid by brand sponsorships, ads, endorsements, and features. His Sponsorships/endorsements amount is reportedly no more than $130,719. And, the rich footballer is fond of lavishing cars and lives in a luxurious house.

After Philippe Coutinho was spotted by “Vasco da Gama,” he was enlisted in the Brazil national team “Under-15” football team. He promoted Vasco in winning the Campeon ato Brasileiro Serie B title in 2009. The following year, Coutinho became a key first-team player, with 31 appearances and five goals. Likewise, the Brazilian footballer then won the 2009 South American Under-17 Football Championship” as a critical player.

Included in the squad for the 2015 “Copa America” on May 5, 2015, Coutinho also played for the Copa America Centenario. Not to mention, Philippe impressively scored a hat-trick in the second group game at the “Citrus Bowl” on June 8, 2016, in which Brazil won 7-1 over Haiti.

Likewise, during the 2016-2017 season, Coutinho became the Man of the Match for three matches in a row against West Bromwich Albion, Crystal Palace, and Watford. Then on January 6, 2018, Liverpool confirmed an agreement regarding the transfer of Coutinho with LA Liga club Barcelona.

When the club scored 2-0 victory over “Espanyol” during “Copa del Rey” quarter-finals, Coutinho scored his first goal for “Barcelona” against “Valencia CF,” on February 8, 2018, during the second leg of the semi-finals of the “Copa del Rey.”

Philipe Coutinho married Aine Coutinhoon on 13 December 2012 in a lavish ceremony. They began dating each other in 2007.

Esmelad was born on December 29, 2018, as the second child of Aine Coutinho and Philip Coutinho. She has a sister and younger brother Jose.