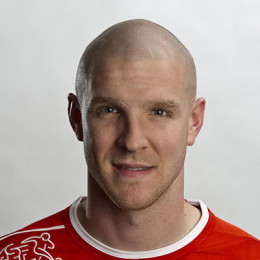 Philippe Sylvain Senderos is a Swiss professional soccer player. He plays for English club named Aston Villa and foe Switzerland national team. He plays as a central defender. He had begun his career when he was at teen age from the club named Servette. His father Julián Senderos was a basketball player and his mother is Zorica Novakovi? Senderos. There is no any information regarding his early life.

He has started his career from Servette club and after that he joined Arsenal club. At first in the club he couldn’t do well because of his back pain but later on he played well in the club. Internationally he made his in 2005. In his career he has scored 5 international goals and also has more than 50 caps. He has also been included in the Swiss squads for Euro 2008 and also in three World Cups.