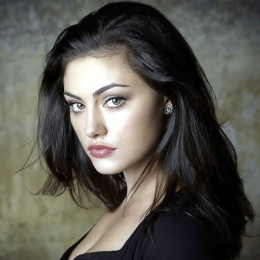 Phoebe Jane Elizabeth Tonkin is an actress and model, widely famous as Hayley Marshall of The Vampire Diaries. She has modeled for "Vogue Magazine"Australia, Dolly, Girlfriend, ELLE Australia, Miss Vogue Australia and Teen Vogue. She is trained in contemporary, classical ballet, hip hop and tap dance and was a student of Australian Theatre for Young People at the Wharf Theatre.

This young and gorgeous lady is yet unmarried but currently is in a serious relationship with her boyfriend. He was once married but now has separated with his wife. The couple is the co-stars in The Vampire Diaries. The couple is often spotted together at various events and places. Before that, she had been in relation with few men from the Hollywood industry. She does not have children from any of her past relationships.

Phoebe Tonkin was born Phoebe Jane Elizabeth Tonkin on July 12, 1989, in Sydney, Australia. She is Australian and belongs to the White ethnicity. She attended dance courses in classical ballet, hip hop, contemporary dance and tap dance at the age of 4.

Tokin was just 12 when she started her course at the Australian Theater for Yong People (ATYP) at the Wharf Theater. She graduated from Queenwood School for Girls.

Phoebe Tokin started her acting career since 2005. She was cast in the Australian children TV series,  H2O: Just Add Water where she portrayed the role of Cleo Sertori. The series hit the TV screen in July 2006 on Network Ten. She earned a nomination for "Best Lead Actress in a Television Series" in 2008.

In 2010, Tokin featured in the Australian TV shows, Packed to the Rafters and Home and Away. The same year, she made her movie debut with Tomorrow, When the War Began.