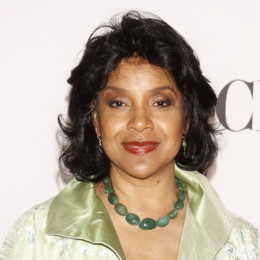 Phylicia Rashad is an American beautiful actress, singer and stage director. She is well known for her role as Claire Huxtable on The Cosby Show. She is also first African-American actress to be honored with the Tony Award for Best Performance by a Leading Actress in a Play.

Rashad is a daughter of Vivian Ayers and Andrew Arthur Allen. He mother was a Pulitzer Prize-nominated artist, poet, and publisher. She holds a Bachelor's degree in Fine Arts at Howard University.

Rashad started her career through stage work with a string of Broadway credit. She has already starred in popular Broadway like August: Osage County, Cat on a Hot Tin Roof, Gem of the Ocean, Raisin in the Sun.

In 1983, Rashad starred in ABC soap opera One Life to Live, where she was seen in the role of publicist Courtney Wright. In 2015 she was awarded Theatrical Arts Award by The BET Honors.

Rashad then married Victor Willis in 1978. The couple met during the run of The Wiz. Their divorce was finalized in 1982.

Rashad married Ahmad Rashad, a former wide receiver on December 14, 1985. It was the third marriage for both of them. He proposed to her during a pregame show for a nationally televised Thanksgiving Day football game. They together have a daughter.

Rashad gave birth to their daughter named Condola Phyleia Rashad on December 11, 1986, in New York. The pair divorced in early 2001. She has not involved in any relationship after the divorce.

Rashad has a net worth of $55 million. She earned a decent amount of money working in the NBC sitcom, The Cosby Show. She became the first Afro-American who won Tony Awards. She also won NAACP Image Awards for Outstanding Actress in 2009.

Professionally he was a dentist. Together they were parents of one son. Reason behind their divorce is still unknown.

She met him during the run of The Wiz. He is a singer. After four years of their marriage relationship they got divorced.

He is a sports newscaster. He proposed her on national TV during the halftime of game between the New York Jets and The Detroit Lions. Together they were parents of a daughter. They got divorced in early 2001.

He is the eldest son from her first marriage.

She is the only daughter of her from her third marriage. She is very cute and gorgeous.