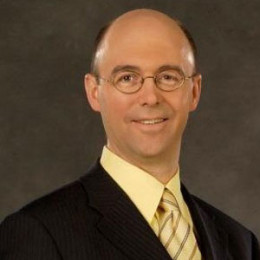 Pierre McGuire whose full name is Regis Pierre McGuire is an American-Canadian ice hockey analyst for the National Hockey League. He was a prominent hockey analyst on the Sports Network till 2011. He was also a former player, coach and a scouter. Pierre is married twice but his first wife is not known yet. After that, he married Melanie McGuire and they both have two children together.

The skillful player and analyst, was born on August 8, 1961, in New Jersey, the United States to Rex McGuire and Sally McGuire. He was born at Englewood Hospital and Medical Center to a Franch-Canadian mother and an Irish-American father. Although he was born in New Jersey, he grew up in the Montreal area.

McGuire attended Bergen Catholic High School and played football and Hockey. He then attended Hobart College to play Hockey there. He also played baseball and football at that college for two years and completed his graduation from Hobart college with an English degree.

After completing his education from college he played one season of hockey in the Netherlands and again attended the New Jersey Devil’s training camp but did not make a team.

The proficient player began his career at his alma mater, Hobart College. He was named assistant hockey and lacrosse coach at the Babson College. When he worked at Babson he coached the team under future New York Islanders head coach Steve Stirling. Then he moved to St.Lawrence University after working three years at Babson and worked as an assistant hockey coach.

McGuire joined the Hartford Whalers on August 28, 1992, as an assistant coach and after a year he became the team assistant manager and was named head coach of the Whalers. Following his departure from the Whalers after performing different evaluations as a coach man he became a Scouter with the Ottawa Senators. He also served for the Montreal Canadiens English-language radio broadcasts on CJAD 800 with Dino Sisto.

One of the reassuring performers in the field of Sports has been outspoken as an advocate of removing the red line and allowing the skillful players to play the game without grasping and clutching.

McGuire was married twice. His first wife is unknown and he married Melanie McGuire later after divorcing his first wife. They have two children together.

Pierre McGuire has not revealed his net worth but as he has played a great role in numerous sports at different parts he has earned a good sum of salary which helps him to add up to his net worth.

The popular American-Canadian hockey analyst, Pierre McGuire was married to Melaine McGuire. They both have a son and a daughter together.