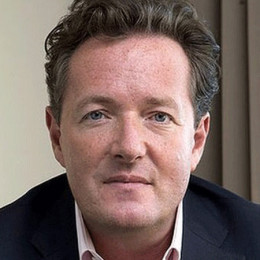 Piers Stefan Pughe-Morgan is popular British television personality but is currently working in United States for Mail Online. Morgan has also been judge for popular reality shows like America's Got Talent and Britain's Got Talent. He also hosted Piers Morgan Live on CNN which was cancelled later in 2014. He is part of First News as Editorial director. The magazine is UK based magazine for the children. He has been a successful person when it comes to media career but has also been part of various allegations.

Piers Morgan is married man. He is in his second marriage as his relationship with his first wife did not work out well. Later both agreed to part away. He has three sons from his ex wife. He appears to be happy with his current marriage though. There have not been much issues noticed between them though. There have been lots of rumors and criticisms noticed in his personal life. Phone hacking and bad relation with Madonna appear to be popular among them.

Piers got married to Marion in the year 1991. Their marriage lasted for more than 15 years but the things did not work out longer. They finally divorced in the year 2008.

After getting divorced, Piers decided to marry his love Celia. They were in love for some years and eventually got married in 2010.

Spencer William Morgan is son to Piers Morgan with his ex wife Marion. Spencer is one among three sons from Marion.

Stanley Christopher Morgan is the other son of Marion and Piers. He one among four children of Piers Morgan.

Albert Douglas Morgan is the third son of Piers. He was also born to Marion. This makes three sons of Marion and Piers.

Elise is the youngest daughter. She was born to second wife of Piers, Celia. Her arrival in Piers life made him father of four cute children.