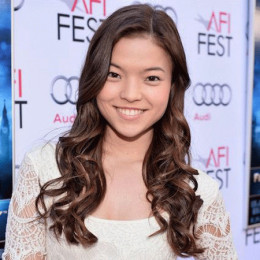 An American actress and singer, Piper Curda is widely known for her role as Jasmine on Disney Channel Original Series I Didn't Do It. Moreover, she portrayed the recurring role in the third season of the Disney Channel series A.N.T. Farm.

Piper Curda is possibly single at the moment. She is quite ambitious and hardworking which might be the reason, she prefers to keep herself away from the relationship thing.

Piper Curda holds an estimated net worth of $125k, as per some online sources.

Piper Curda was born on August 16, 1997. She is the daughter of Stephen K. Curda who is United States Army Brigadier General. She was homeschooled.

Curda started her career at a young age of 12 by starring in The 101 Dalmatians Musical. She appeared in a big screen in 2011 Disney.com series Rule the Mix. She has also made a guest appearance in popular TV series like Law & Order: Special Victims Unit, Body of Proof and Malibu Country.