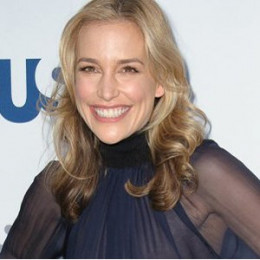 American stage, film, and television actress, Piper Perabo is currently married to actor Stephen Kay since. Perabo, the daughter of Mary Charlotte, a physical therapist, and a professor George William Perabo graduated from Toms River High School North. She received a bachelor's degree in theater from Honors Tutorial College at Ohio University. Her first big break came in 1999 after she played the girlfriend of a wannabe rapper in "Whiteboyz".

Piper Perabo also studied Latin, poetry, and physics, in her final year. She also appeared in "Coyote Ugly" as Jersey and "The Adventures of Rocky and Bullwinkle" as FBI Agent Karen Sympathy. She became engaged to actor, director and screenwriter, Stephen Kay in 2013. The couple married on 26 July 2014 in New York City. Perabo is the co-owner of the prohibition-themed bar, "Employees Only", in West Village, Manhattan and the restaurant, "Jack's Wife Freda, in SoHo, Lower Manhattan.

She engaged to Stephen Kay in 2013. He is a director and writer of film and television. They married on 26 July 2014 in New York City.