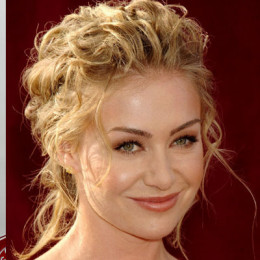 Portia Lee James DeGeneres is an Australian model, actress as well as a philanthropist. Professionally she is known as Portia de Rossi. She is known for her roles on the television serial named Ally McBeal. Her mother Margaret is a medical receptionist and her father was Barry Rogers. Unfortunately, her father died when she was just nine years old. She has completed her graduation from University of Melbourne.

Portia de Rossi's acting career started in 1994 from a film named Sirens. In 1998 she became internationally known for a comedy-drama series named Ally McBeal. Until 2002 she did the show. Her series named 'Arrested Development has won awards. She has been ranked in various magazines as one of the top 100 sexiest ladies repeatedly. In her time she was one of the most brilliant and successful actresses.

Her first husband was Mel Metcalfe. He was a documentary film maker. Later on, she divorced him.

She was married to Ellen DeGeneres. She married a girl this time. She is happily married but has no child yet.