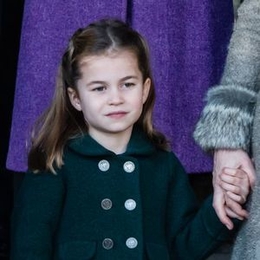 Princess Charlotte of Cambridge is the second child of Prince William and Catherine, Duke and Duchess of Cambridge and is the sister of Prince George. The full name of the princess is Charlotte Elizabeth Diana. Each part of her name pays special tribute to royal family members. "Charlotte" is a feminine form of "Charles" and honors Prince William's father, "Elizabeth" is a traditional name within the British royal family, and is the name of William's grandmother and great-grandmother and lastly, "Diana" reflects the royal couple's desire to remember William's late mother Princess Diana.

Her Royal Highness Princess Charlotte of Cambridge was born healthy, weighing 8 pounds 3 ounces at St Mary's Hospital, London. She made her first public appearance with her parents on the steps outside the hospital on May 2. She is fourth in line to succeed the Queen, after her grandfather, father and elder brother. We can easily view the images of newly born Princess in the internet.