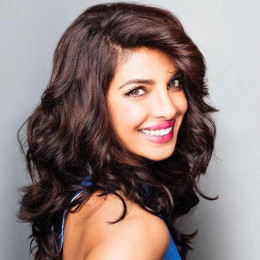 Indian actress, Priyanka Chopra is a daughter of Ashok Chopra and Madhu Chopra, both of her parents are physicians in the Indian Army. She received the People's Choice Award for "Favourite Actress In A New TV Series" for her role in Quantico. Her drama thriller series Quantico was premiered on ABC on September 27, 2015. The series was created by Joshua Safran and was produced by ABC Studios.

Priyanka Chopra has been in relationships with Shahid Kapoor in 2009 and broke up in 2011 and Harman Baweja in 2007 and broke up in 2008. She is rumored to have hooked up with Asseem Merchant who ditched him after becoming the Miss World in the year 2000. Baywatch is her upcoming American action-comedy film directed by Seth Gordon, based on the television series will be released by Paramount Pictures on 26th May 2017. Chopra is among the famous Indian artists in the entertainment industry alongside Jackie Shroff.