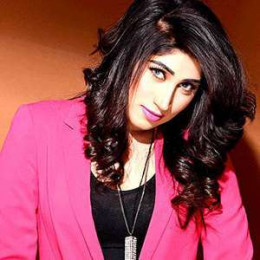 Qandeel Baloch was a singer, model, activist, and television personality. She started her career from Pakistan Idol where her audition went viral on social media and she became an internet celebrity. Baloch was among the top ten most searched people in Pakistan. She was also criticized for the content of her posts and videos. Some international media news had started to compare her to Kim Kardashian, however, Pakistani commentators stated that she was even more significant than Kim Kardashian.

Qandeel Baloch also worked in the TV shows. She had faced a controversy after she said that she was inspired by Rakhi Sawant, Sunny Leone, and Poonam Pandey. Qandeel was murdered by her brother Waseem who accused her of bringing disrepute to the family honors.  She was drugged to death. Qandeel was previously married to Ashiq Hussain and had divorced already.

Qandeel married Ashiq at the age of 17. She left him later saying that he was abusive. They had a son together.