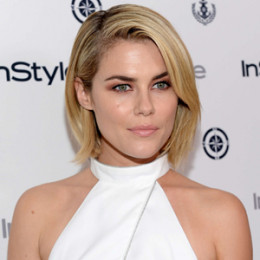 An Australian actress and model who debuted in the Hollywood through the movie Transformers after starring in The Mystery of Natalie Wood and Man-Thing. She is daughter to Christine Taylor and Nigel Taylor. She completed her high school from Riverside High School. From very young age she was fascinated in acting career. In starting of her career she modelled for Skye-Jilly International and also competed in Miss Teen Tasmania. She has starred in popular movies like Cedar Boys, Shutter, Bottle Shock, Red Dog and Any Questions for Ben? She has also made guest appearance in Grey's Anatomy (2011) as Dr. Lucy Fields.

Talking about her personal life beautiful actress has not married yet. And looking at her relationship history, currently she is single. And if you're luck enough to impress her she may be available too. Prior of being single she was in relationship with an actor but sadly the relationship didn't lasted a year because of constant disputes and reports of domestic violence.