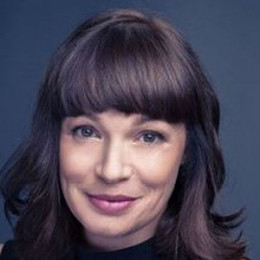 Racheal Wilson is a Canadian actress and producer better known for her role Powers: The Spy Who Shagged Me, Total Drama and Breaker High. Besides movies, she has also played several TV series in her life time. She is a married woman and her husband is Ben Hodson. The couple is parents to a baby boy, Henry Hodson.

Born on 12th May 1977, Racheal Wilson is a citizen of Canada. She grew up and completed her education from the city of Ottawa, Ontario.

From childhood, she was passionate about acting and at the age of 12, she started her career extensively in Toronto, Vancouver, and Los Angeles. Her debut TV series was Power Pack which released in 1991.

Later in 1994, she was cast in TV series Are You Afraid of the Dark? And Kung Fu: The Legend Continues. During the period she got a chance to work with actors like David Carradine and Chris Potter. After receiving popularity from few of the TV series, she got an opportunity to cast in the movies.

Rachael made debut in the movie Jungleground in the year 1995. In her life time, she has played more than 20 movies. However, her greater appearance in the TV drama series such as The Food Witch’s Wonder, Missing, Popular and other TV shows rose her popularity among the viewers and critics.

She has appeared in several short movies including Negative, 75 El Camino, Man v. Minivan, Not Over Easy and Final View. She has played various roles in the different movies and TV series but her role Dr. Nikki Renholds in the CBS’s Republic of Doyle was one of the favorites among the fans.

Moreover, she was last seen in the Canadian horror movie, Hellions, directed by Bruce McDonald starring Chloe Rose as a lead. The movie released on 25th January 2015.

Rachael is married to Ben Hodson, a wine expert and blessed with a baby boy, Henry Hodson, born on 16th October 2011. The husband and wife have been together for more than four years.

She is quiet secretive about her personal life and affairs. Her fans were surprised that she is already married and had a baby boy together.

Once she was rumored that she was dating an American actor, James Lafferty, in 2006, but the fact was he dated a girl with the same name.

After playing over 20 Hollywood movies and 30 TV drama series, Racheal has collected a huge sum of net worth from her acting career. Though her net worth is not revealed in the media, she is living a luxurious lifestyle from which it can be assumed she is quite wealthy.

Moreover, she loves and wears the dress designed by one of the Canada’s most prominent & iconic Women wear designer Rachel Sin.

Rachael Wilson is a wife of Ben Hodson, a wine expert. The couple secretly got married and still together.The husband and wife are blessed with a baby boy, Henry Hudson.

Henry Hudson is a one and only son of Rachael Wilson and Ben Hodson. He was born on 16th October 2011.