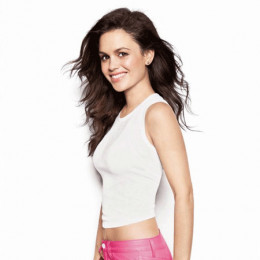 Rachel Sarah Bilson is an actress, best known for playing on the prime-time drama series The O.C, as Summer Roberts. She was born to Janice Stango, a sex therapist and Danny Bilson, a producer, writer and director. From the 2006 film The Last Kiss, she made her film debut. In 2005, she was placed no. 6 on the Maxim magazine Hot 100 Women list.

Her personal life has it's own ups and downs. Till now she hasn't been married to anyone, currently she is dating a Canadian actor. The couple has been together since 2007 and has raised a beautiful daughter, but is still unmarried. Previously she dated an actor for 3 years, who was her co-star on The O.C. There is no any controversial issues related to her personal and professional life.

She was born healthy and her name was inspired by Disney's princess from "Sleeping Beauty".