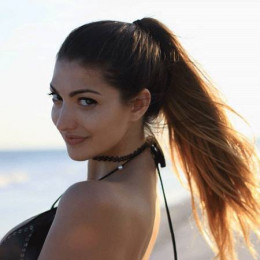 She is a popular YouTube personality who is best known for her You Tube channel named Rclbeauty101 where she posts videos about comedy skits, and beauty/lifestyle videos. She attended attends Penn State University. "How To...Conceal Under Eye Dark Circles" was her first ever video which was posted in her You Tube video channel which led her to gain tremendous popularity.

Talking about her personal life, she has not married but that doesn't mean she is single. Currently she is off the market. She is dating her crush. She publicized the news in her twitter account. Though she has not publicized his name yet his twitter account name is @izzydogham. She has already posted lots of photo where the couple is seen kissing and hugging each other. Together they make a cute couple.