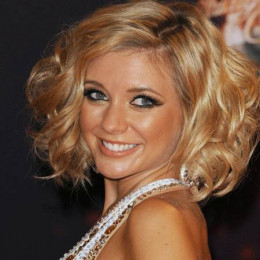 She is a beautiful, gorgeous and talented television presenter and actress who is best known for co-presenting on Countdown on Channel 4 and The Gadget Show on Channel 5. She attended Southend High school and completed A-level from there. Later she graduated from Oriel College, Oxford taking math as her major. Formerly she used to work as co-host of Countdown substituting Carol Vorderman. According to her she had never thought to be a television reporter but she was encouraged by her mother and as result she was selected among thousands applicants despite of lack of any kind of experience.

Exploring about her personal life, she was married to her longtime sweet heart with whom she met during her college time. She faced many up and down during that relationship with him. First they broke up and again patched up, they got engaged and got married too and later after one and half years they got divorced. After that divorce she became victimized of a stalker and was threatened to be abused but that stalker was caught. Currently, she is in relationship with her former partner.

They used to study together at Oxford University. He proposed her in her 25th birthday and she accepted. Sadly their romantic relation didn't last long and they got divorced.