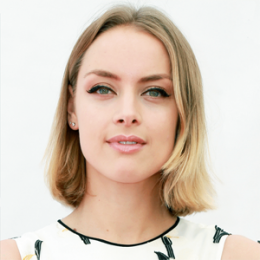 A Canadian actress, Rachel Skarsten is currently single. She is widely known for her role as Dinah Lance on the television series “Birds of Prey”. Rachel is the daughter of a Canadian mother and Norwegian father. She studied dance for 12 years at the Royal Academy of Dance in Toronto, and also studied visual arts & cello at the Claude Watson School for the Arts from grades four through 12 before being discovered by an agent which catapulted her acting career.

Rachel Skarsten was born on April 23, 1985 in Toronto, Ontario, Canada. She received a double degree in English Literature and Classical Studies from Queens University in Ontario.

Rachel Skarsten is possibly single at the momet. She has not disclosed much about her personal life to the media especially about her affairs and relationship.