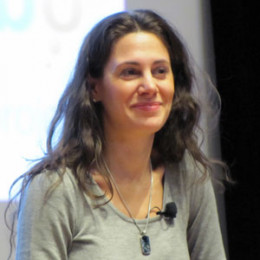 Popular as the media blogger, Rachel Sklar is also a CNN contributor. She has written articles for several of the popular news magazines and journals including The New York Times, The Financial Times, The Chicago Tribune, stepping on the journalism field, etc. Before she was a lawyer based on Stockholm and later moved to New York. She has graduated University of Western Ontario and also went to University of Toronto majoring honors in Faculty of Law.

Rachel Sklar's Personal Life: Who Is Her Husband?

Talking about her personal life, she has never been married. However, she is in a relationship and he has been the one and only in her life till date.

In 2014, she mentioned that she's pregnant and single. She said,

"Taken together, these three elements tend to act as sad little modifiers for each other. “Single” is usually applied to women as though they are a problem to be fixed. “41” is usually past the age when people consider your problem fixable (let’s just say the concerned clucking about when I would get married and have kids ended abruptly at 40)."

She gave birth to a daughter Ruby Skylar in 2015 and it was the same year she became the part of The forward 50.

Rachel Sklar was born on 8 December 1972 in Toronto, Ontario.

She is best known as CNN contributor and media blogger.