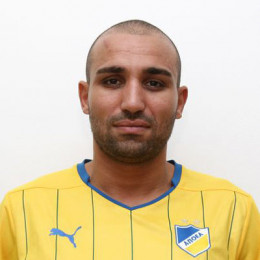 An Algerian professional football player who plays mainly as Central defender for the National football team of Algeria and Qatar SC. He started playing football from very small age and he started his professional career at the age of seven years old from club named CREPS Ben Aknoun. He has got a good pace in the pitch during the play.He made his senior debut in a league match against Paradou AC in year of 2006. He has already represented Algerian national team squad two times in FIFA World Cup.

During his football career until now he has not involved himself in any kind of controversy that can hamper his career. He is often considered as very shy player. His personal life has never been enlightened up in front of the media so there is so such exact information about his love life. He has not married yet. It looks like he is more considered about his football career than his love life.