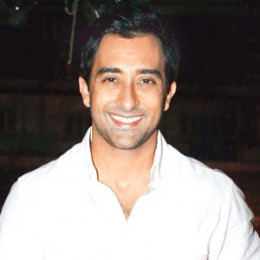 Rahul Khanna is the son of the great actor Vinod Khanna and Gitanjali Taleyarkhan. He debuted from the film 1947 Earth. He has hosted many awards functions. He is also connected with differents brands like Lay's Chips, Pepsi, Kiehl's, Maggi, Audi and Kiehl's and so on. He also writes his own blog and essays for different top newspapers, magazines, and websites. He is single.

Rahul Khanna is an Indian Actor and model born on June 20, 1972, in Mumbai, Maharashtra, India to father Vinod Khanna, who was a Bollywood star and mother Gitanjali Taleyarkhan, who is a former model. He was raised along with his three siblings  Akshaye Khanna, an Indian actor, Shraddha Khanna and Sakshi Khanna.

He attended Lee Strasberg Theatre Institute and the School of Visual Arts in New York City.

Rahul debuted from his first feature film in Deepa Mehta's 1947 Earth, along with Amir Khan, which won him awards like the Filmfare Best Male Debut Award. Later, he appeared in Mehta's Bollywood/Hollywood92003) and Wake Up Sid starring Ranbir Kapoor and Konkana Sen Sharma. His average Bollywood movies include Elaan and Raqeeb, and his international recognition includes The Emperor's Club with Kevin Kline.

He also hosted several events like the Miss India pageant, the IIFA Awards, the Stardust (magazine) Awards, the Miss India Worldwide pageant, the Screen Awards, Naomi Campbell's Fashion for Relief show at Mumbai Fashion Week, Teacher's Achievement Awards 2008 & 2010, the GQ (India) Men of the Year Awards 2009 & 2010, The Hello (magazine) Hall of Fame Awards 2011, The International Film Festival of India 2011 and The Ernst & Young Entrepreneur of the Year Awards 2012 and so on.

Khanna also writes blogs [http://rahulkhannaonline.blogspot.com]. Aside, writing for his own blog, his essays and pieces have also been published in some TOP newspapers, website and magazines like Harper's Bazaar India, Cosmopolitan (magazine) India, Vogue India, GQ India, The Times of India and to name just a few.

Rahul Khanna is not married yet. He is not interested in being committed. In so many interviews Khanna mentions that dating someone is not his personality trait. Till now he hasn't been spotted with any of his girlfriends. Maybe Rahul just doesn't want to be in the limelight regarding his affairs. He is possibly single and available.

As of 2017, the 45-year-old actor, Rahul has an estimated net worth around $300,000 through his different profession like acting, blogging, and hosting. Rahul is fond of cars, and his collection ranges from Audi to Rolls-Royces. He also loves dogs and has a great Dane as a pet.