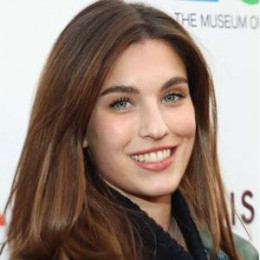 Rainey Qualley is the daughter of Paul Qualley and Andie MacDowell. Her mother is an actress and model . Margaret has acted in many roles. Her famous film is Mighty Fine, Falcon Song and Pink and Baby Blue.She is the middle sister of Justin Qualley and Sarah Margaret Qualley.Margaret Qualley is a model who has acted in the television show.Her sister is also an actress ,model, and dancer.She began her dancing career at the age of two,she was the winner of Miss Golden Globe 2012.

There are no rumors about her in social media,she is a helpful girl and Rainey Qualley is loved and liked by all viewers,she is famous because of her mother.She has frequently seen with a boy but she neglects this topic and said that both of them are the only friends.Rainey Qualley never faced rumors and controversy in her life.