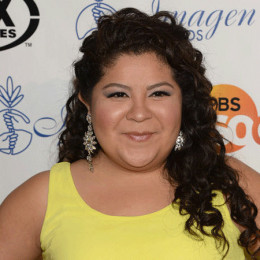 Raini Alena Rodriguez is an actress and singer, known for her roles in the films Paul Blart: Mall Cop and Paul Blart: Mall Cop 2, as Maya Blart and in the series Austin & Ally, as Trish. She was awarded the Best Young Television Actress at the 2013 Imagen Awards for her role in the 2011 film Prom, as Tess. She is the daughter of Diane and Roy Rodriguez, owner of Rodriguez Tire Service. She has a Mexican descent.

Talking about her personal life, she hasn't been married to anyone yet and also does not have any children. As she is a popular face in the Hollywood industry so lots of people want to know about her personal details, these days she is rumored of dating a guy who is an Canadian actor and writer. Till now there is no any controversy related to her personal and professional life.