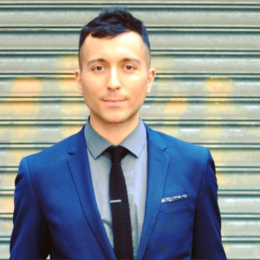 Ralphie Aversa is an American syndicated radio host and entertainment producer who is best known as host and producer for the USA Today show, "Entertain This!". Ralphie helps present news and sports videos across the USA Today Network.

Radio anchor Ralphie Aversa is happily married. He tied a knot with his beloved girlfriend Shazi on June 8, 2021. The lavish wedding was held at Sea Cliff Manor, New York. While Ralphie donned a shiny black tuxedo his spouse stunned in a custom-designed bridal wedding dress. 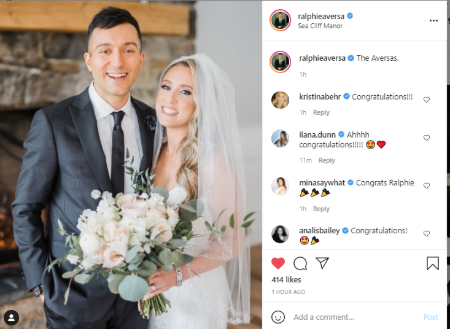 They posed for a wedding photograph on their big day. And, the moment was captured by the professional "White Pear Weddings" in Long Island, New York. Likewise, the spot or wedding was managed by award-winning Verbena Designs.

As per Sea Cliff Manor's Instagram post, Aversa and Shazi were hitched on May 29 but the pair revealed it only on June 8. Walking into the wedding venue, the ceremony was attended by at least 50-100 guests.

Aversa announced he got engaged to his long-term girlfriend, Shari L also who is also known as shazi101 via Instagram. The TV show host proposed his lady love with a diamond ring by getting down on one knee. Aversa posted the adorable picture on his Instagram page on January 1, 2021. 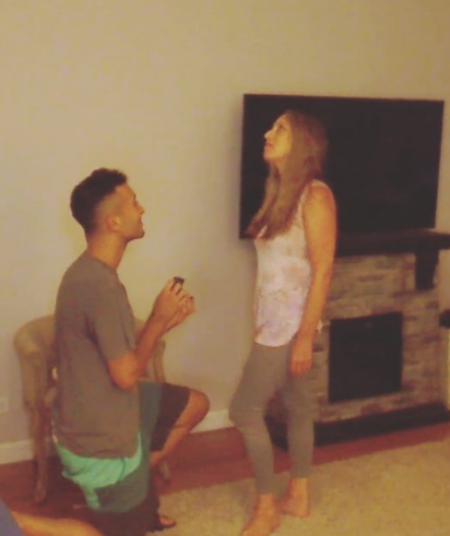 Indeed, Aversa sparked the happy news during the covid-19 pandemic from their residence in Murray Hill. To be more precise, the lockdown brought Ralphie and his fiance even closer than ever. 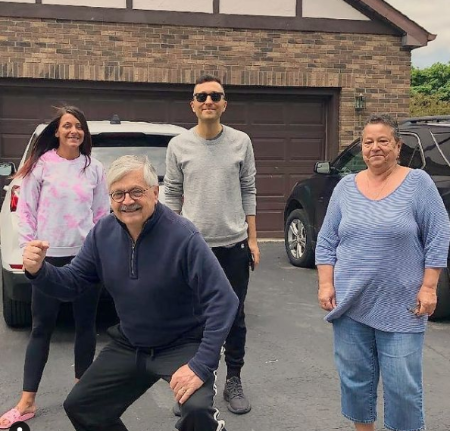 Ralphie Aversa visits his parents on their anniversary. SOURCE: Instagram

Besides, Ralphie Aversa also loves taking his lover to lavish eateries as well as stadiums where he covers games. Apart from that, Shari has a strong bonding with her future in-laws. What's more? The lovebirds are soon planning to get married as well.

Ralphie Aversa is currently the East Coast Correspondent for DISH Studio on DISH. He covers red carpets as well as junkets, by interviewing casts and creators from the latest and recurring series. In the same vein, Ralphe hosts a weekend show with Townsquare Media which airs on a country station 97.5 WOKQ, and the Top 40 Station Fun 107. 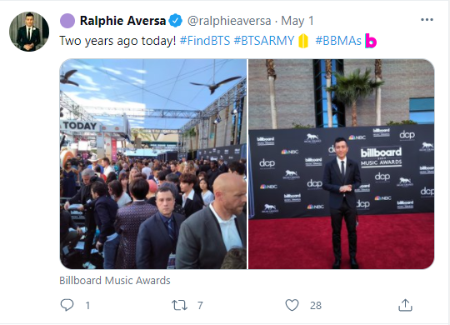 Apart from that, Aversa created and also host the Pinstripe Lanes Podcast, a seasonal podcast based on the New York Yankees. He has spent over a decade at Cumulus Media and more than 6 years in New York by hosting weeknights on WPLJ-FM.

Throughout his tenure, Ralphie interviewed many artists and reported The Grammy's, American Music Awards, and Billboard Music Awards yearly. All in all, Ralphie served as the Executive Producers at Dick Clark Productions by prompting the crowd during commercial breaks for the broadcast company.

Aversa has served full-time at Dreams, a live TV startup here in New York, and at Yahoo news where he presented "Trending Now". He also starred on HLN, WPIX-TV, and Music Choice on various levels.

Be sure to check out MarriedWiki for more interesting biographies and articles.