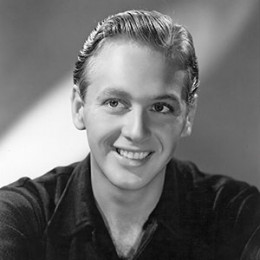 Rand Brooks Jr was an American actor who got fame from his role as Charles Hamilton in "Gone with the wind" in 1939. He was the first actor to share a kiss on-screen with Monroe, who in a few years became the biggest movie star. Rand was born to a family of Arlington Rand Brooks and Mildred Mary Brook. Creating a profound personality in acting, Rand started a professional ambulance service in Glendale,California which became the largest private ambulance service in Los Angeles county. During his ownership, the company received numbers of awards which was recognized as one of the finest ambulances services in the country. Rand was a man with bravery who served for the United States in the World War II and after retirement, started raising horses with his wife in 2001. He died at the age of 84 due to cancer and remains buried Forest Lawn Memorial Park,Glendale,CA.

Known as a romantic actor, Rand Brooks Jr got married to the daughter of Stan Laurel. They got divorced later with a daughter and a son. Rand Brooks Jr.who owns a trucking company in Los Angeles. Later, Rand he got married again in 1978.They both were together among his success and commendations and later started raising horses. In spite of failure in the first marriage, the second marriage lasted till his death.

Rand got married to the daughter of comedian Stan Laurel. They had two children but got divorced later.

They were together until the death of Rand.The reason for his survival was his wife while he was fighting cancer.