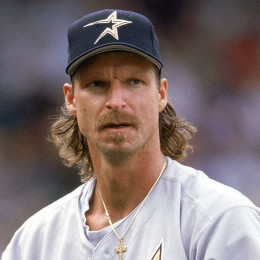 An American former left-handed pitcher in Major League Baseball who is nicknamed as "The Big Unit" and is 10-time MLB All-Star and 5-time Cy Young Award winner. He is son to Carol Hannah and Rollen Charles "Bud" Johnson. He attended Livermore High School. He was also part of Bercovich team that assembled top players from throughout California. He was also drafted in the second round of the Major League Baseball Draft. During his career he won the World Series Most Valuable Player award in 2001, after he lead the Arizona Diamondbacks to an unlikely 7-game victory over the New York Yankees. During his career between 1988 to 2009 he won 303 games, posted a 3.29 ERA and recorded 4,875 strikeouts. He announced his retirement in 2010. In 2015, he was inducted into the Baseball Hall of Fame.

Randy Johnson was born as Randall David Johnson on September 10, 1963, in Walnut Creek, California to Randy Johnson. His father was a policeman and security guard in Livermore and his mother used to do odd jobs and volunteer work.

He joined Livermore High School and played baseball and basketball and consider one of the finest players. He also played on a Bercovich team that assembled top players from throughout California.

After completing his high school, he was drafted by Atlanta Braves but he rejects the offer and accepts a full athletic scholarship to play baseball for the University of Southern California.

Randy baseball career has a strong foundation. Primarily, he played for the Seattle Mariners and the Arizona Diamondbacks. Randy Johnson career entails a long list of accomplishments and contributions.

He has altogether 303 career wins. Johnson is ranked as fifth among the seven highest single-season strikeout totals by a left-hander in modern history. 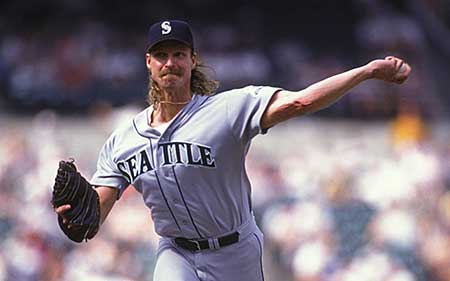 Johnson has been able to collect fame by giving one of the most dominant fastballs in the game. He has been able to make a record of reaching regularly and exceeding occasionally 100 miles per hour at the time of his prime.

His baseball career was officially ended on January 5, 2010, along with his announcement of retirement from professional baseball.

Randy Johnson one of the finest and successful baseball player of all time. He hasn't only earned name and fame from his career but equally gets succeed to maintain an impressive net worth.

His net worth is estimated around $115 million. During his journey as a baseball player, Randy Johnson earned over $175 million in salary alone.

The 54 years old (as of 2018) former baseball pitcher, Randy is happily married with his long-term girlfriend, Lisa Wiehoff. In 1993, the pair exchanged a vow at an intimate ceremony. 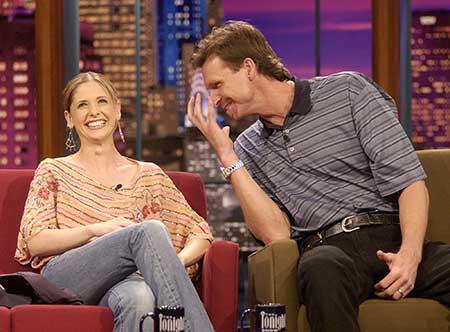 Johnson also has a daughter, Heather Renee Roszell (born 1989) from his previous relationship. He is a Christian.

After retirement from baseball, Johnson has pursued a second career as a photographer. He is a Christian and often he used to say,

"There's only one way to be on this earth, and that's to be a Christian! The Lord's given me the ability to go out and do the things that I do."

Randy Johnson invloved in acting as we, in 2006, he guest starred in The Simpsons episode "Bart Has Two Mommies". He also made several cameo appearances in a commercial for MLB 2K9 and GEICO insurance.

Check out the Hall of Fame election interview with Randy Johnson,

Together they were parents of one beautiful daughter. Their relationship didn't even last a year. Both parties haven't disclosed reason behind their divorce.

She is very beautiful and gorgeous. Together they are parents of four children. They are leading very happy married life.

She is the eldest child of him from his first marriage.

She is the eldest child from his second marriage. She is called Sammy by her parents.

He is the only son from his second marriage beside three daughters. He is very handsome boy.

She is cute and gorgeous. She resembles more like her mother.

She is the youngest daughter of the family. The couple has given birth to really beautiful child.